Ms Meng Liu delivered an opening keynote, ‘Elevating Corporate Ambition and Action to accelerate the Paris Agreement and Sustainable Development Goals (SDGs)’. Meng appealed to the three dimensions of “Togetherness”, rallying the strength and solidarity from the world, the businesses and each of us individually to “Race to Net Zero” together.

Meng also introduced the United Nations Global Compact’s work in China and its report on Corporate Net Zero Pathway which was released in June this year. The whitepaper highlights the important role that infrastructure sector can play in emission reductions and is the world’s first comprehensive guide for companies to achieve carbon neutrality. The whitepaper surveyed 55 companies around the world and introduced their cutting-edge best practices to reduce carbon emissions, with the aim of providing a reference for companies to develop their own net zero pathway. “Winning the battle against climate change is not the task of any one country, any one company, any one investor, nor any one state, region or city. Humanity’s response to the growing climate crisis requires all hands on deck. So I am delighted to see the British Chamber in Shanghai brings the business community together to make a real impact.” Chris Wood introduced in his keynote:

“The UK is hosting COP26 because we are a passionate advocate of the Paris Agreement. The UK takes its role seriously and seeks to set an example globally for raising ambition to tackle climate change. We were the first country in the world to set long-term, legally-binding emission reductions targets through the Climate Change Act in 2008, and the first major economy to commit to reach Net Zero by 2050. That will require unprecedented transformational change across the British economy, including in transport, energy, green buildings, green manufacturing. The Prime Minister last year outlined his Ten Point Plan for a green industrial revolution which will mobilise £12 billion of government investment and create 250,000 jobs. Between 1990 and 2019 the UK has already reduced our total greenhouse gas emissions by 44% whilst growing our economy by 78%.” Yao Zhang, Deputy Director of National Carbon Market Operation Center at Shanghai Environment and Energy Exchange, introduced the overall status of China’s carbon market, its carbon trading system and the operation of the carbon market since its officially started online trading on 16 July this year.

At the Summit, guest speakers shared and discussed in-depth the topics of creating and maintain a sustainable business; How ESG compliance can make or break a business; Net Zero Carbon and the Circular Economy in China; Responsible Supply Chain and ESG Management; ESG investment; What fashion businesses are doing to tackle those issues, etc. 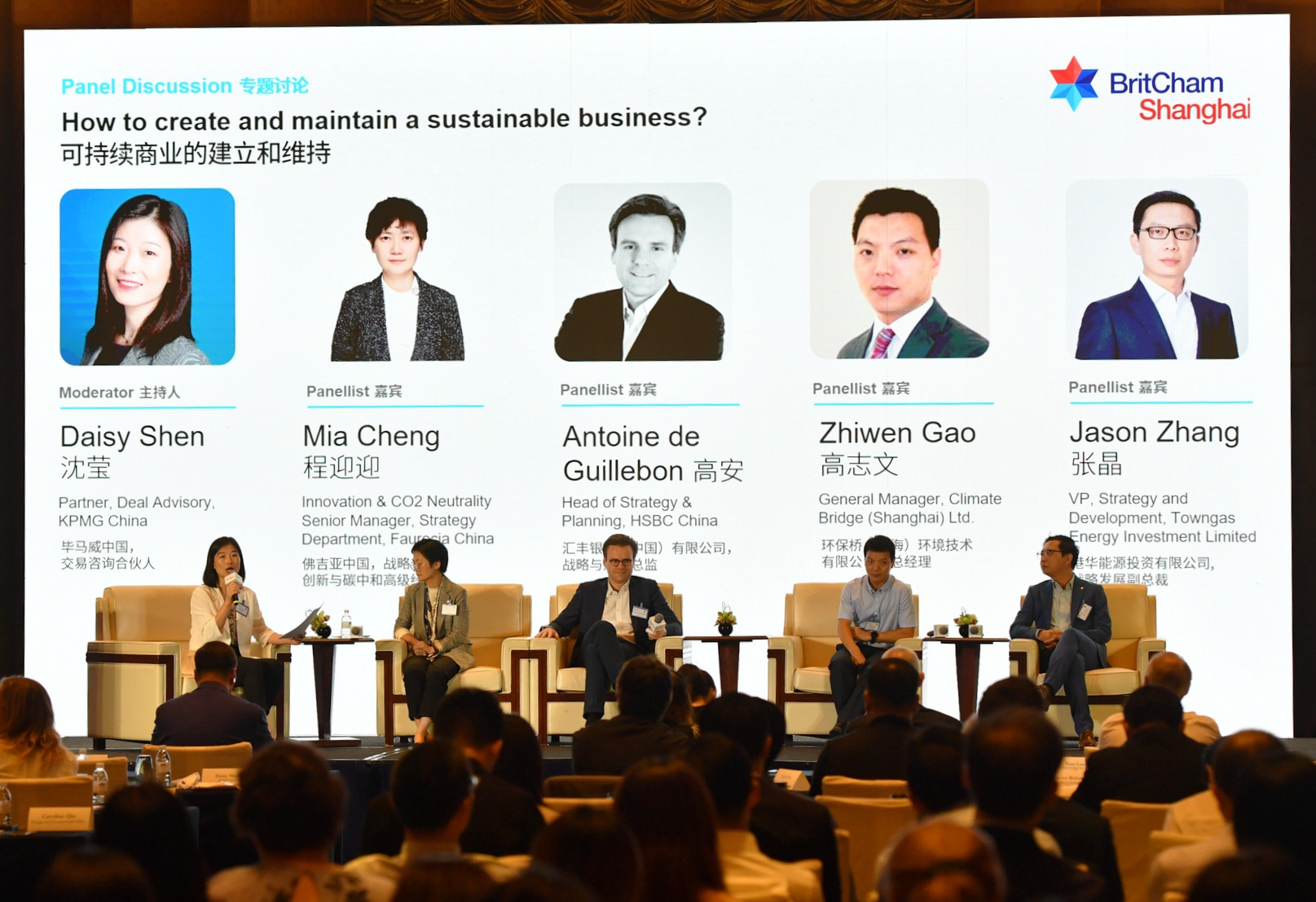 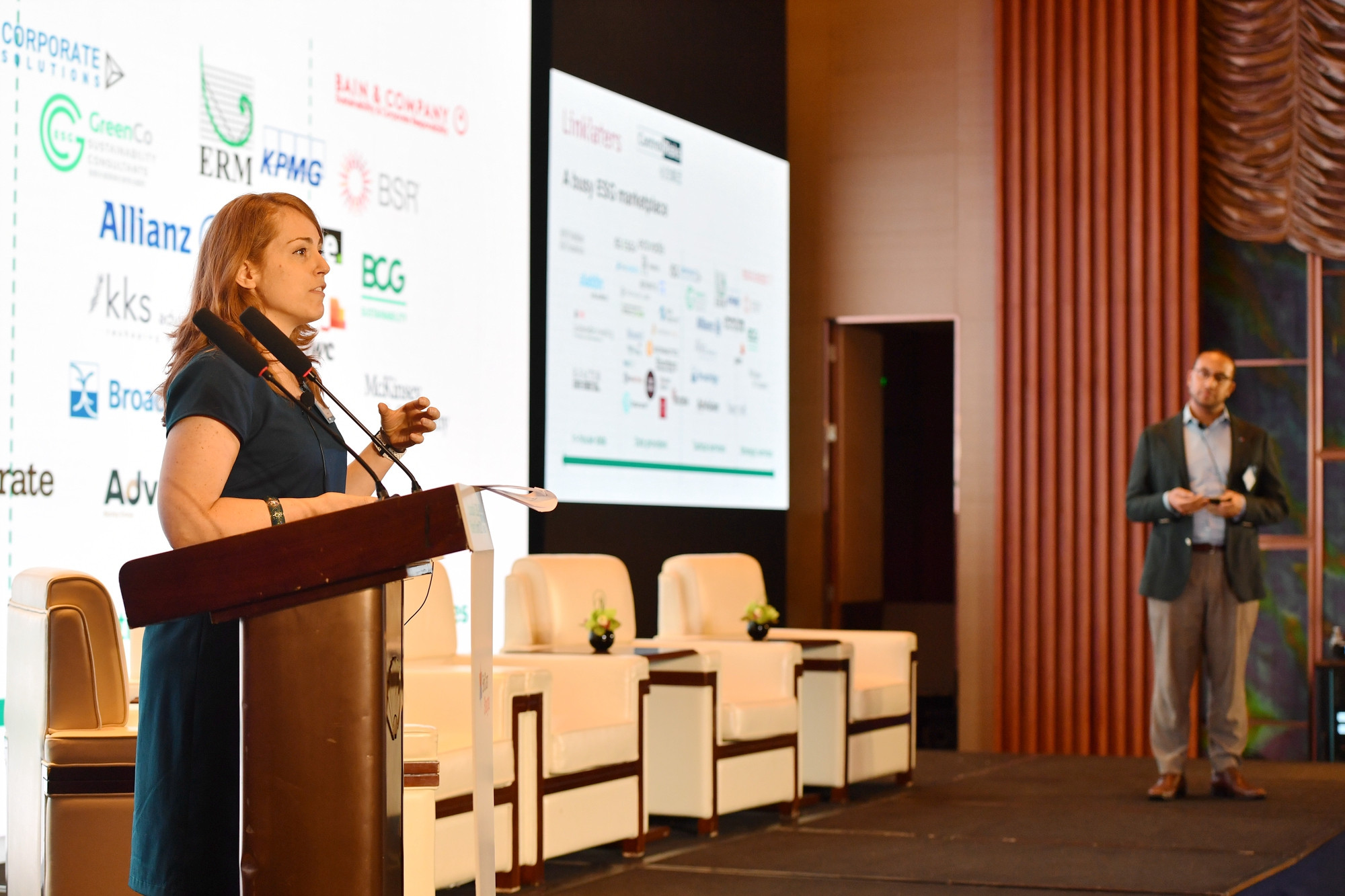 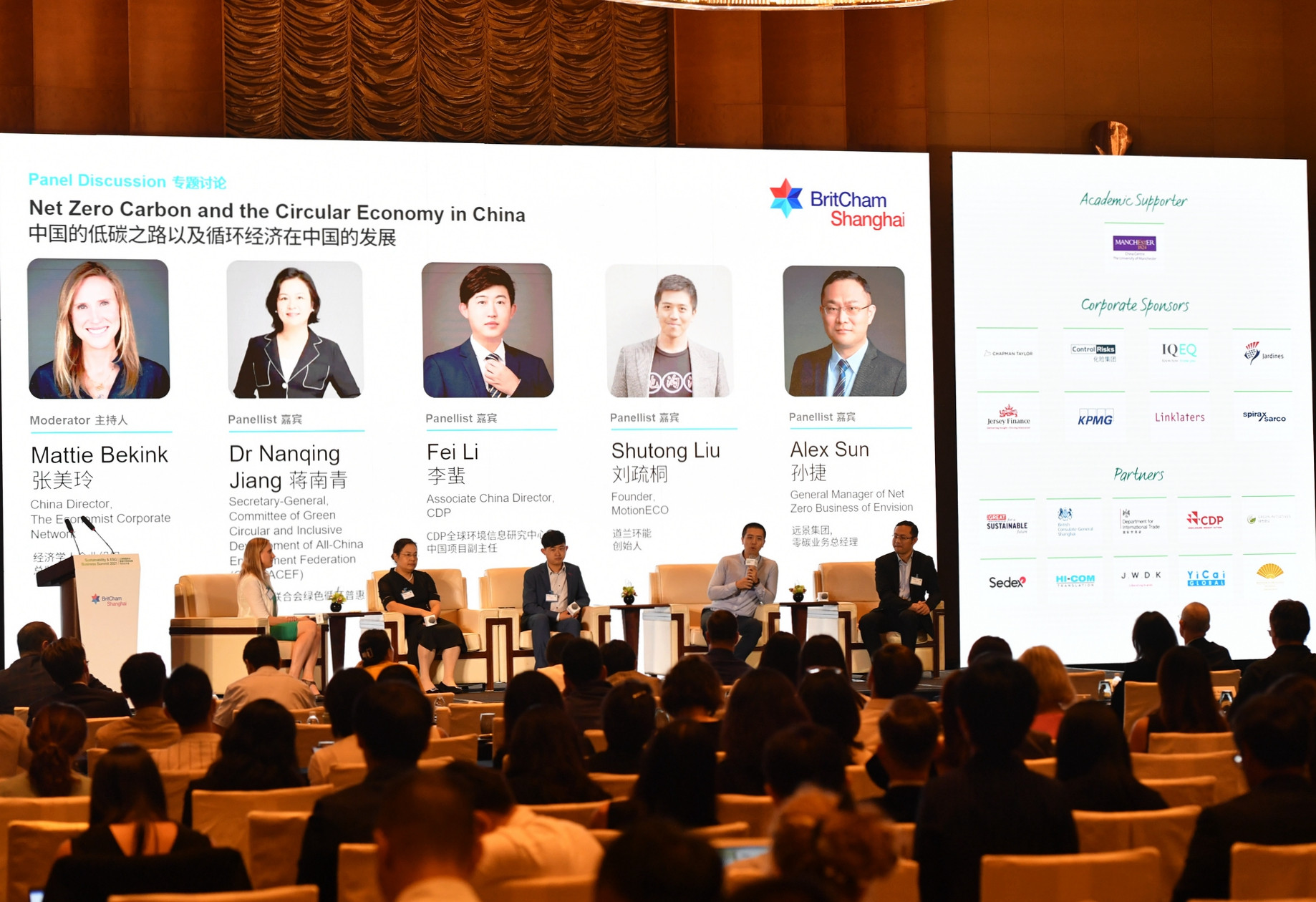 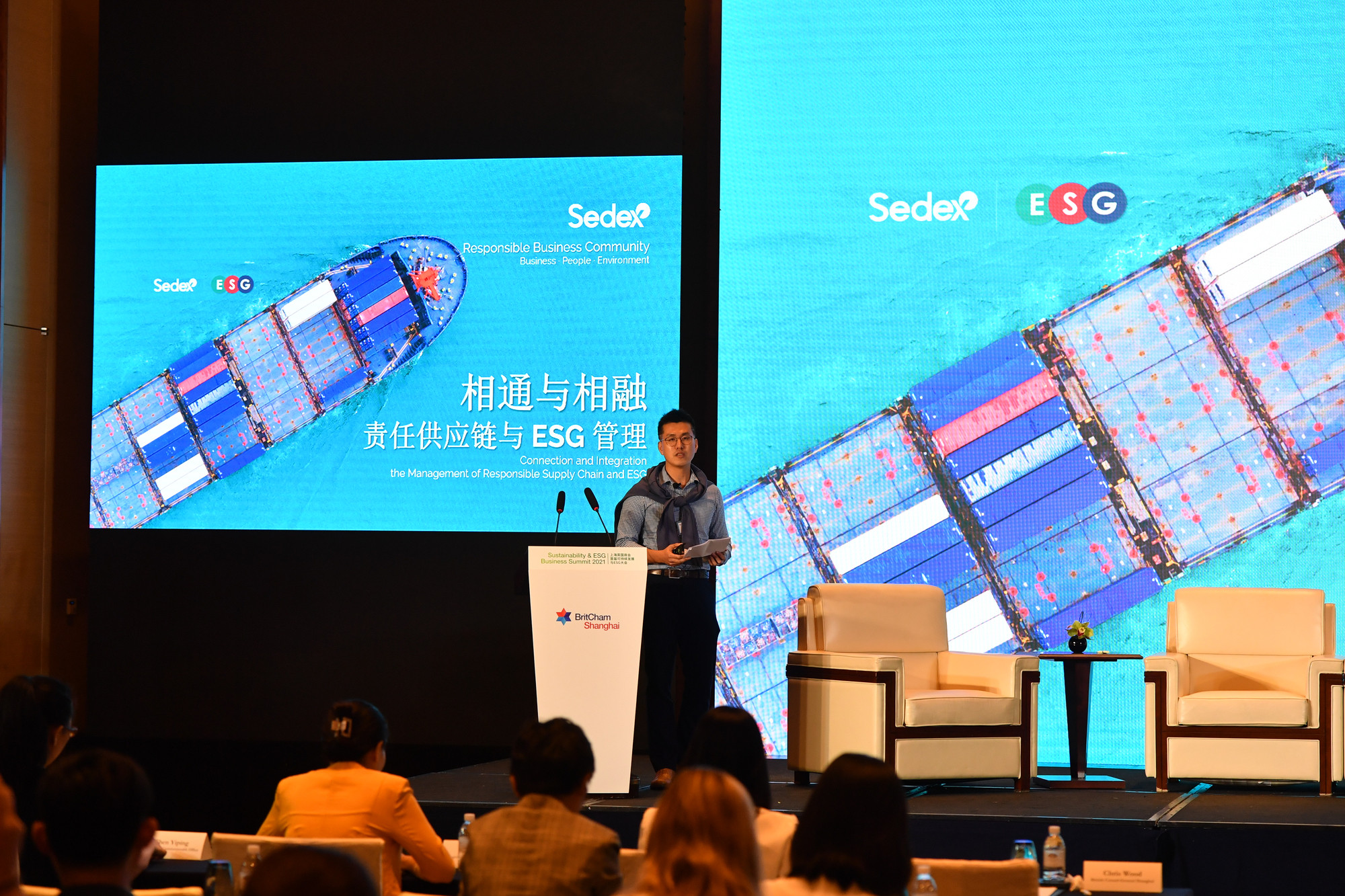 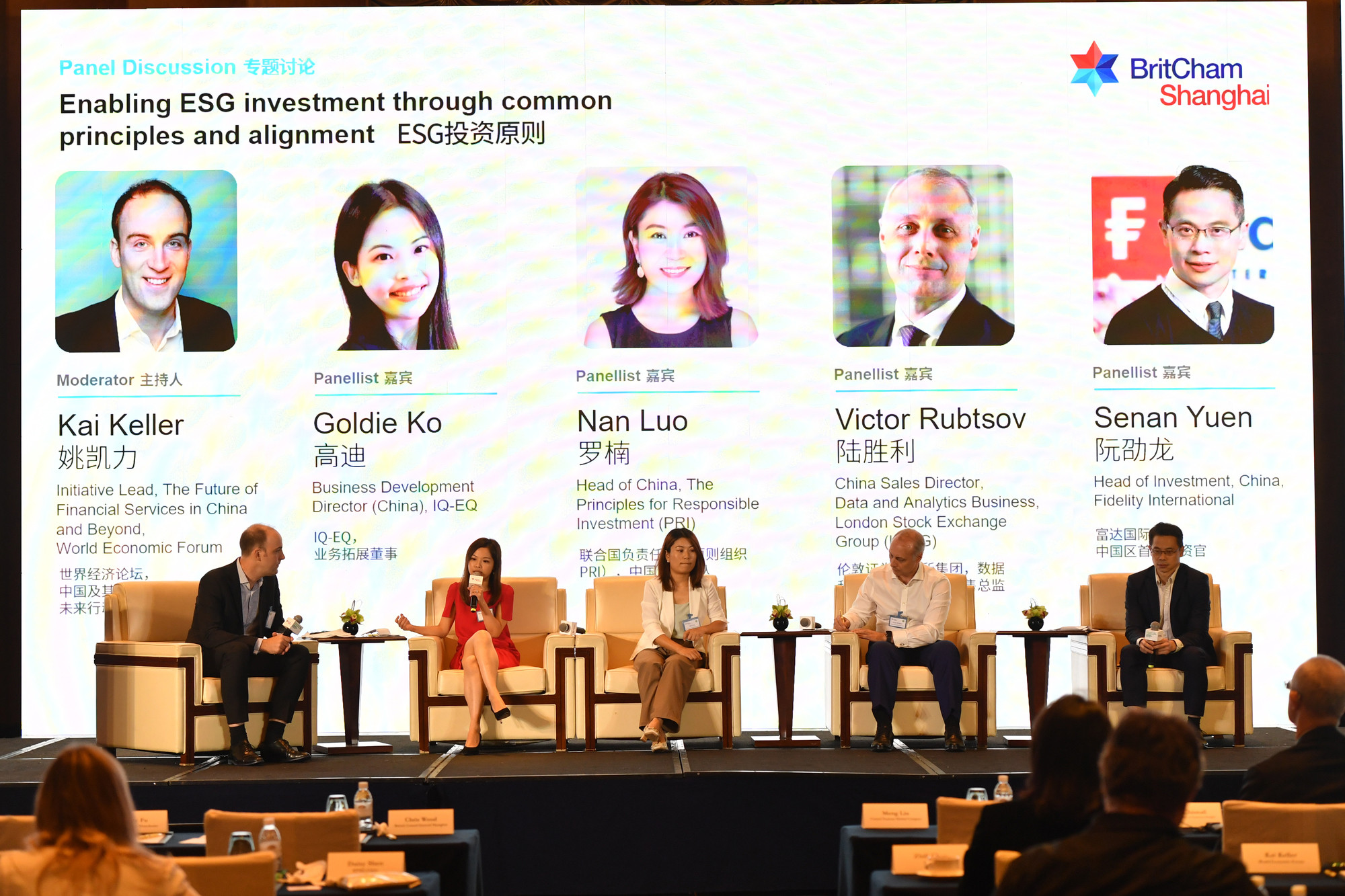 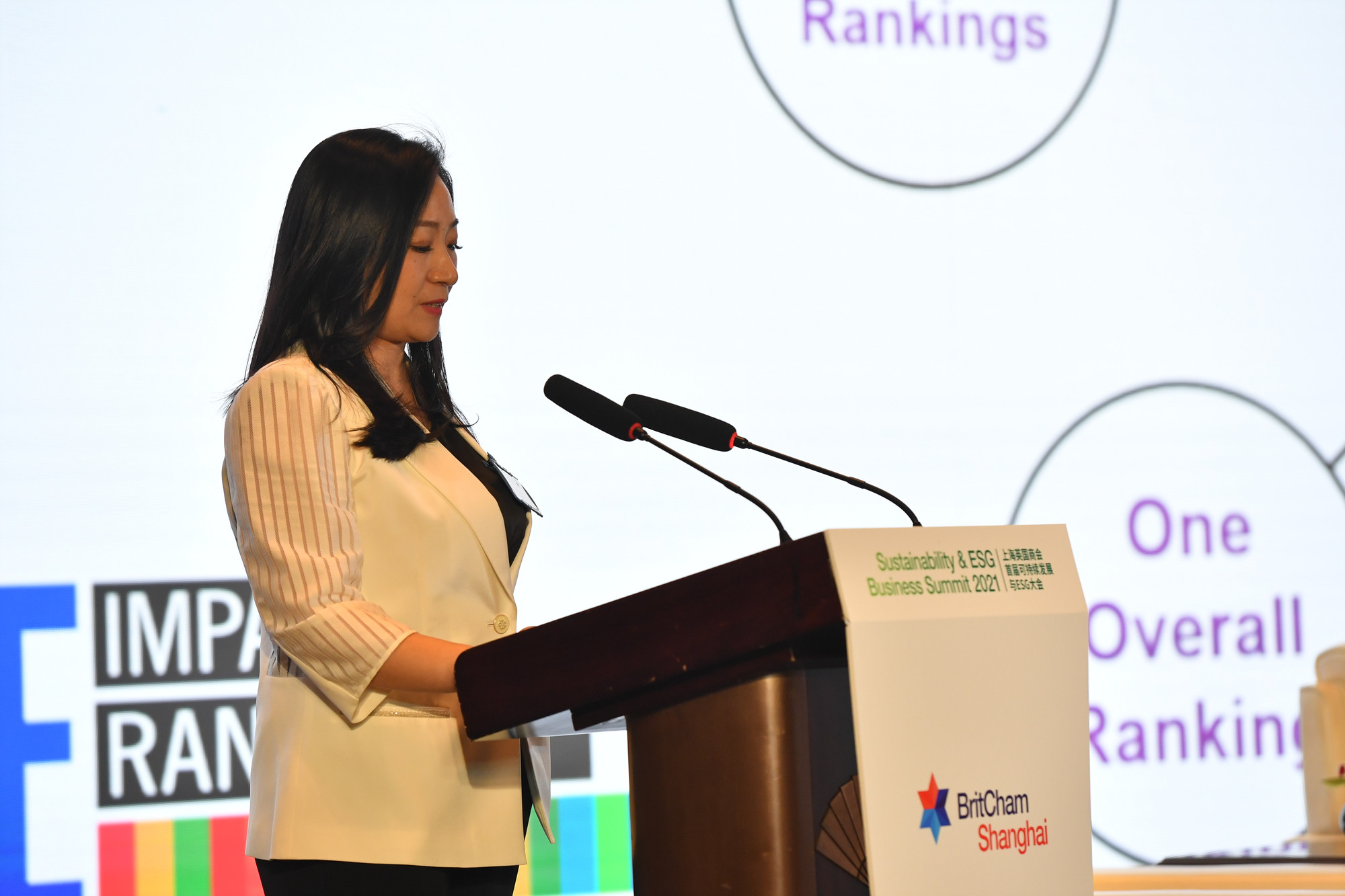 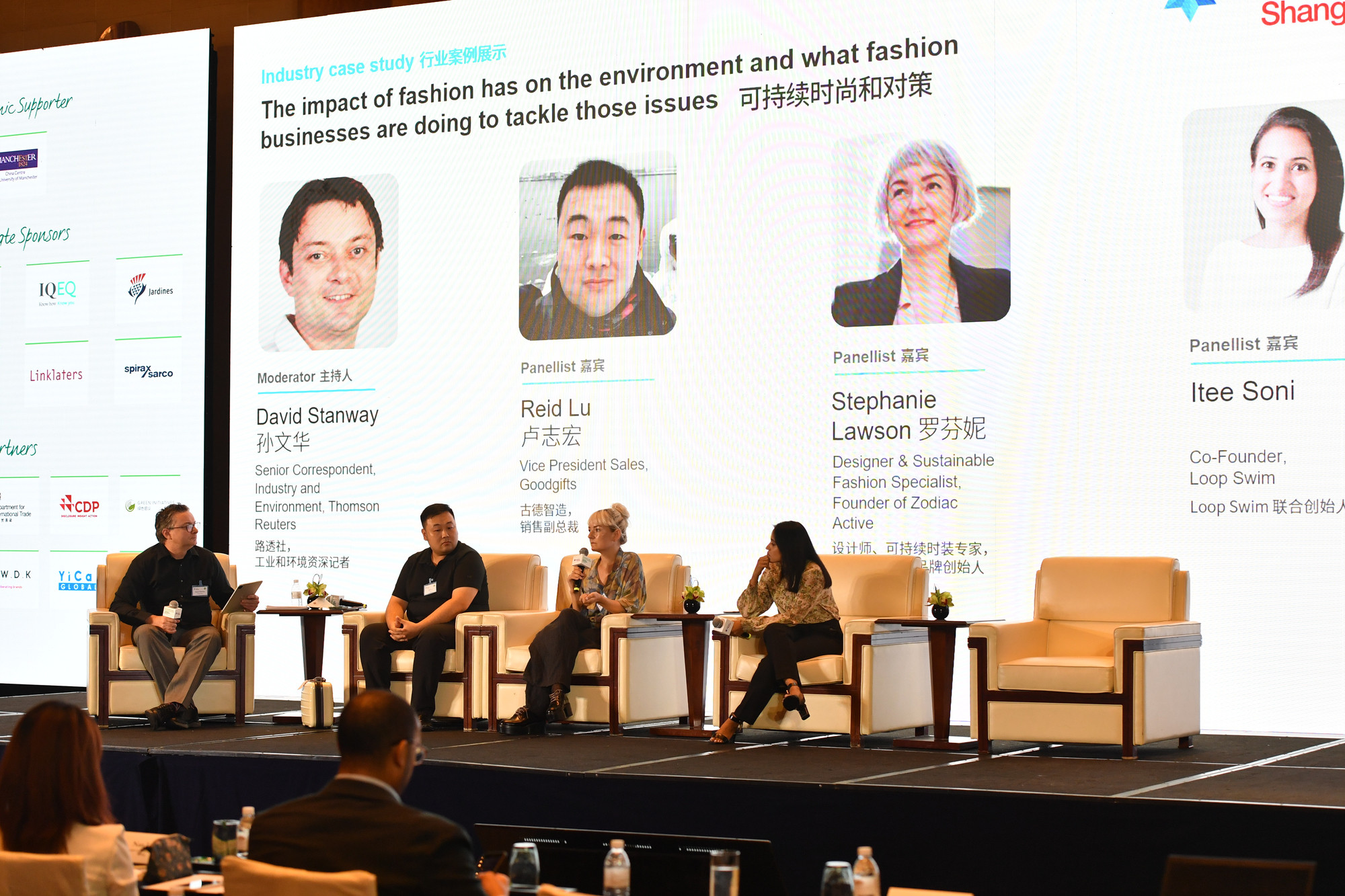 To conclude the Summit, BritCham Shanghai’s Executive Director James Dunn announced the Chamber’s Environmental Commitment Pledge and the 16 companies who have signed up the Pledge. “Today’s knowledge sharing was very impressive, but it is not the end. On the theme of sustainability, the Chamber will be leading a call to action for businesses to take practical action and follow up with support. As a result of this, we have launched the Chamber’s Environmental Pledge, inviting member companies to become part of our commitment pledge initiative. I am pleased to announce that 16 member companies have signed the pledge, committing to align their business with the Paris Agreement and aim to achieve net-zero emissions by no later than 2050. I urge more businesses to join us in this initiative.

We will continue to follow up with these companies to further share cutting-edge information via a series of Sustainable Development Goals (SDG) seminars; and also, on a regular basis, to understand their progress, match technical solutions providers and share their success stories. This first SDG seminar will be hosted on 29 October on the topic of ‘How can we minimise the use of natural resources and toxic materials over the life cycle of a service or product?“ More photos from the Summit can be viewed here. 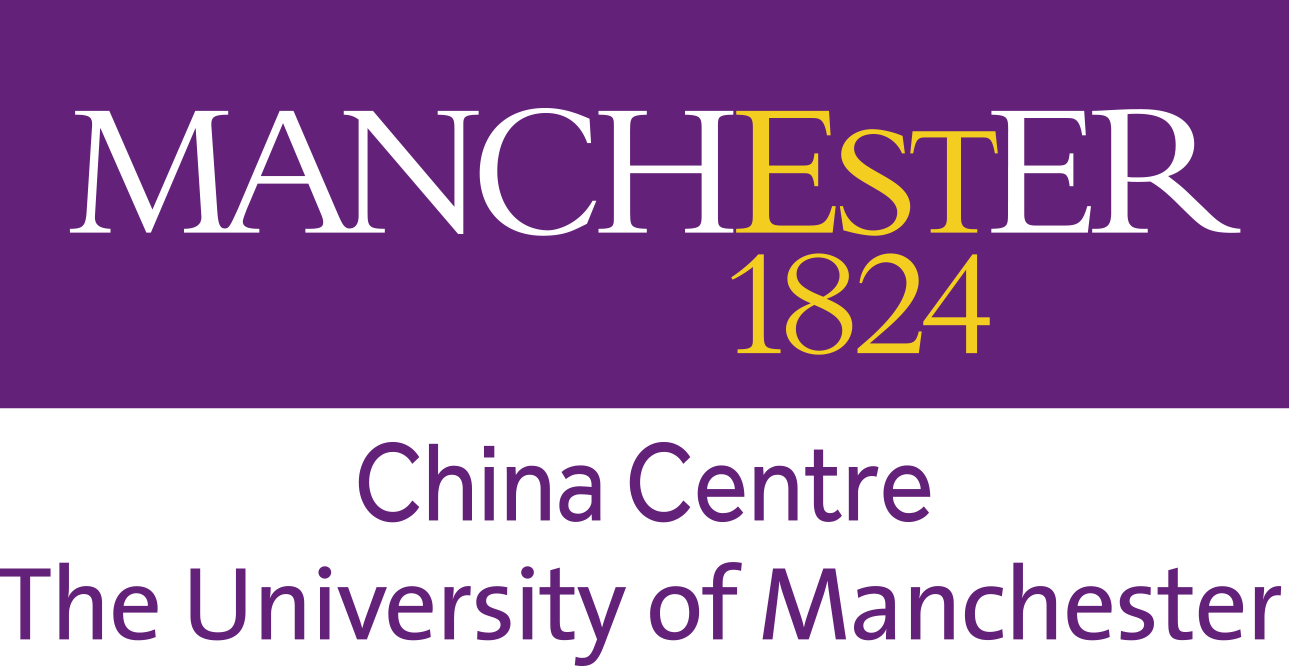 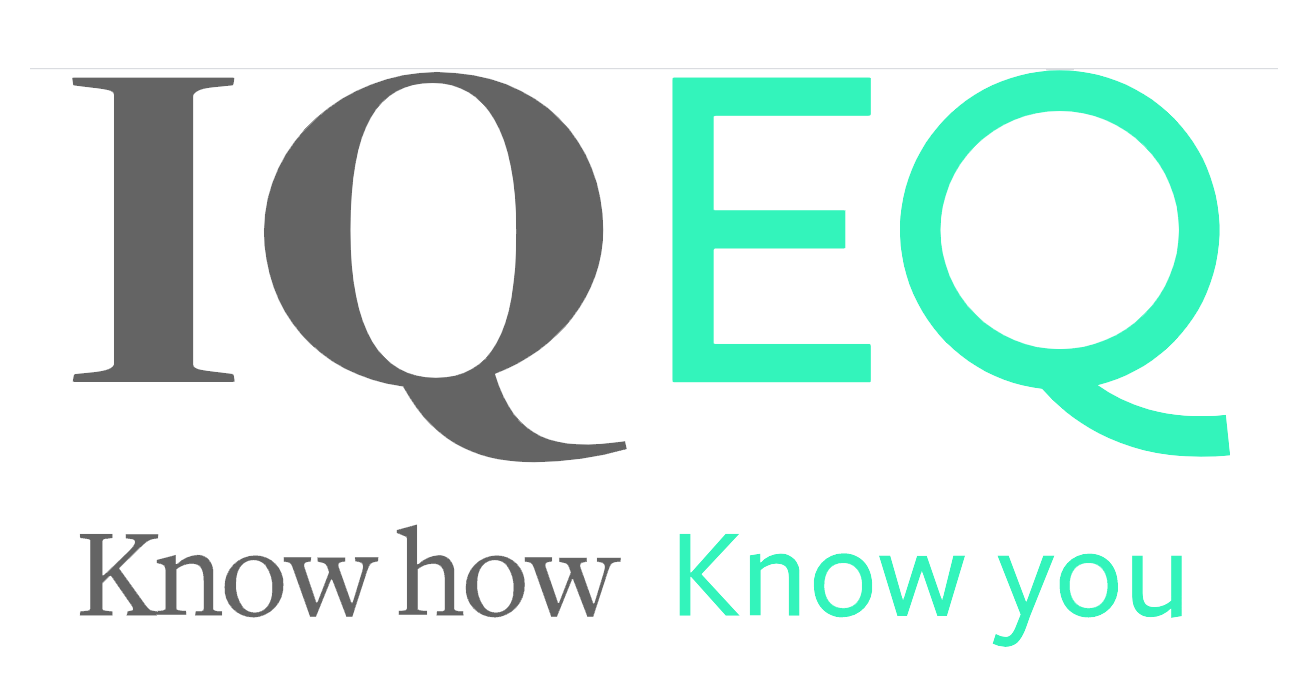 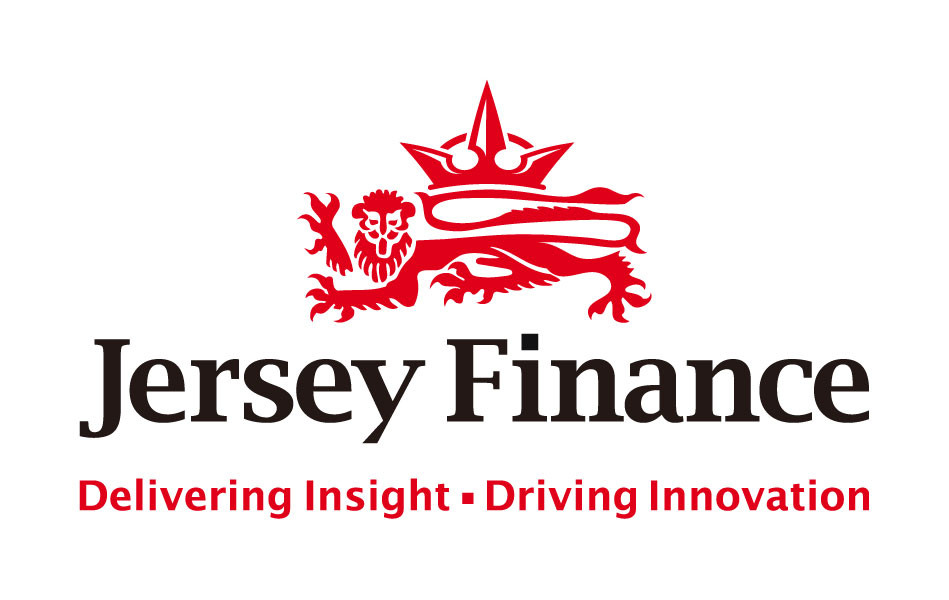 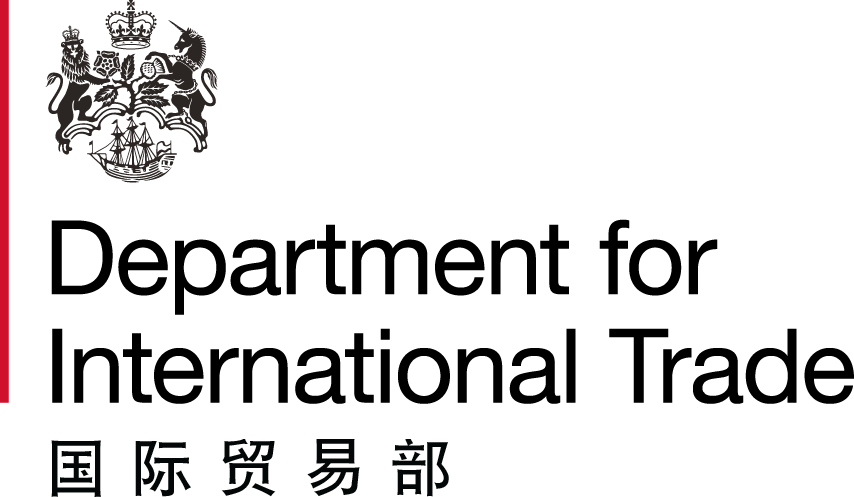 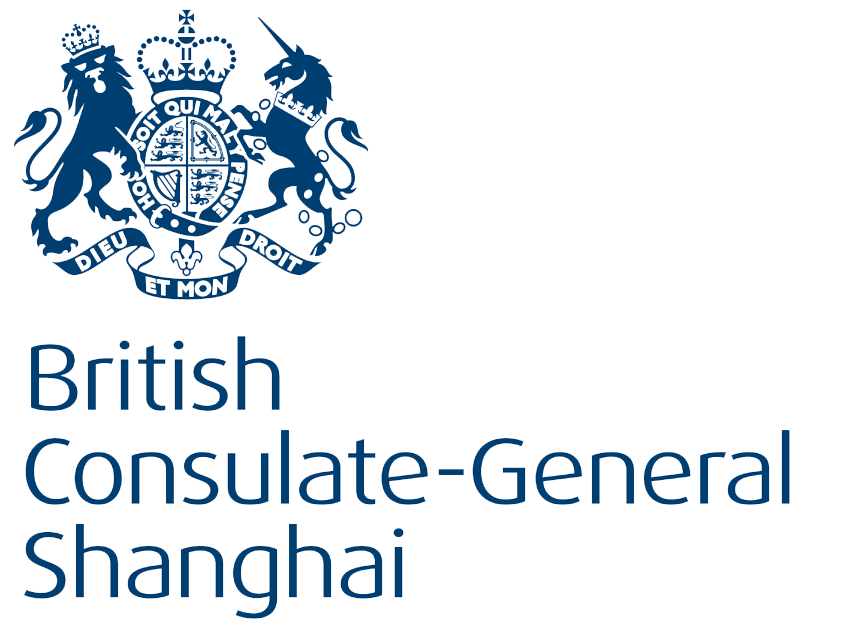 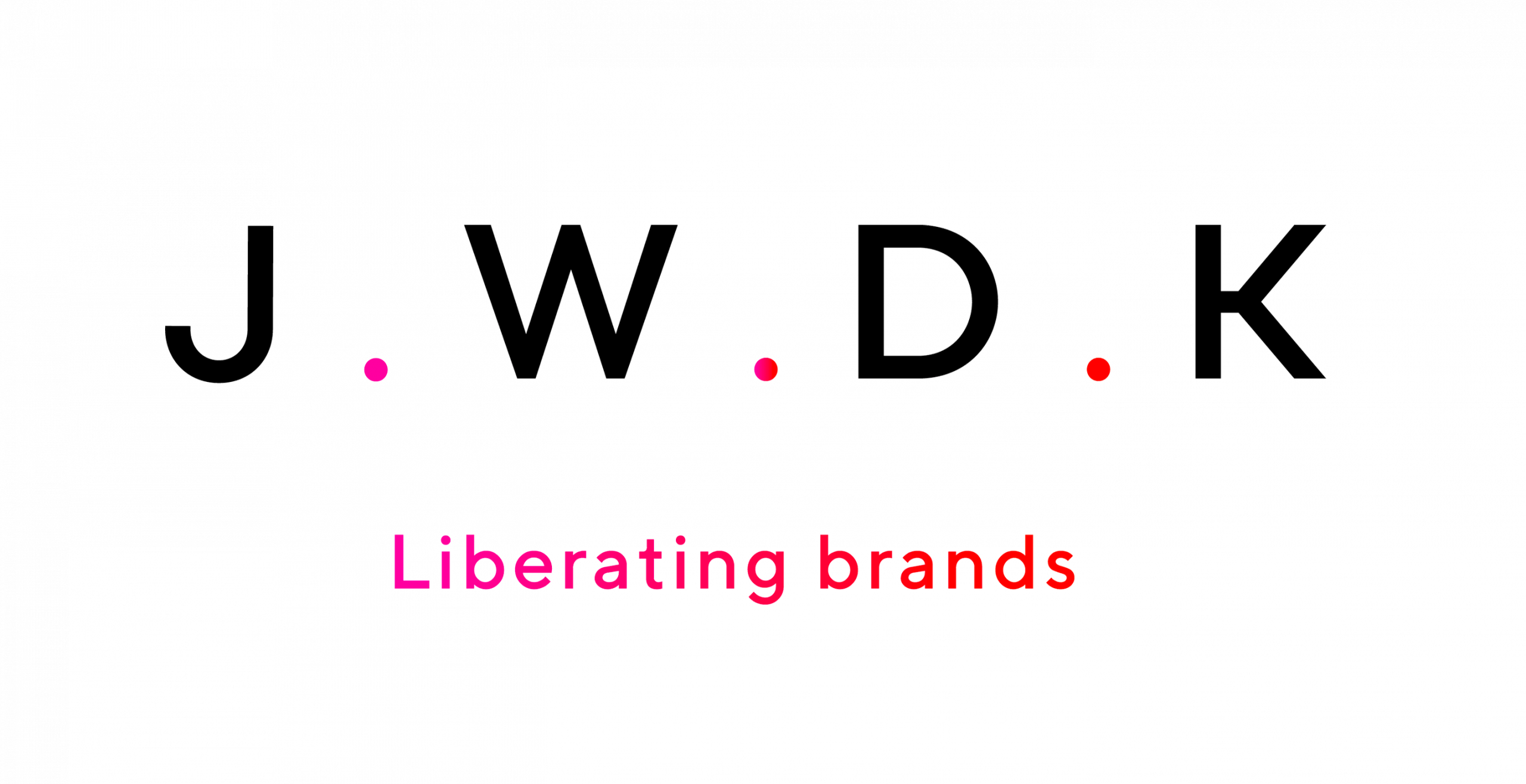 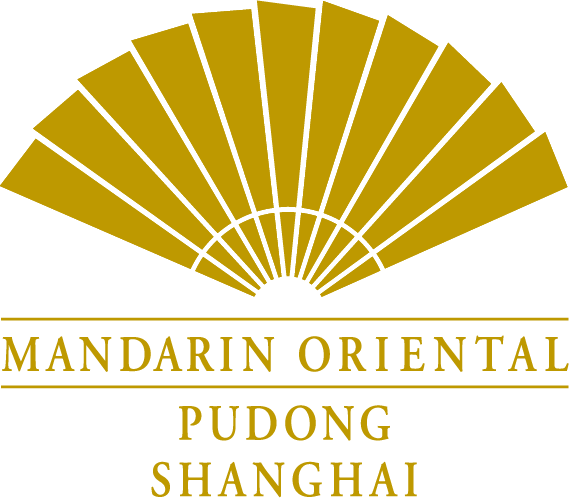